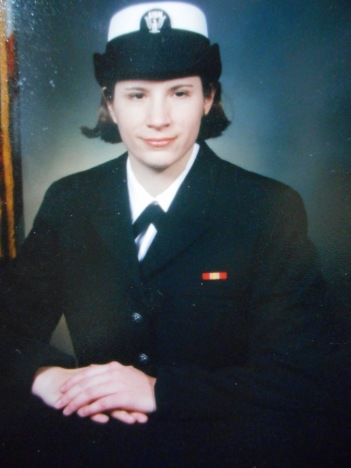 In my About page, I touched on the subject about how I served in the US Navy from 2003 to 2007. I was a undesignated Boatswain’s Mate (BM) for the first two years and then a Gunner’s Mate (GM E4) 3rd Class Petty Officer – Enlisted rank 4, for the last two years.

Oh the places I saw

In the 4 years that I served, I had seen 8 countries and been on 3 (1/2) deployments. The places that really stood out was Australia and Hawaii. I did like being in the Navy. Well 3/4th of the time I did. Which is why 4 years was enough for me.

What got me to join in the first place was many reasons. I was always interested in my Grandpa Tim’s experience in the Navy. His Navy pictures looks like the spitting image of Popeye The Sailor Man.

He served at the end of the Pacific Theater in 1945 and was stationed in Okinawa, Japan. I got to visit Okinawa twice while I was in the Navy. Of course, when my Gramps was there, he said everything was flattened out (buildings, hills, etc).

Those Military Movies and Shows

I also watch a lot of military related movies. Before joining I think I’ve seen Full Metal Jacket about 5 times. And then during our deployments, the ship’s crew aired that on our ship’s cable movie system at least a half a dozen times per deployment.

My favorites are The Hurt Locker, Fury, Lone Survivor, Homeland (tv show), Captain Phillips (just because my ship the USS Boxer #4 was involved with this) and Enlisted (loved this show!! the stereotypes for all the types of military people were great!). I will be watching Strike Back and The Last Ship this Fall as those have been on my To-Be-Watched list for a long time. 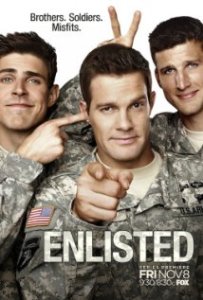 And those Military Books

And then there’s all the military books I read before and at the beginning of my Navy days. Suzanne Brockmann‘s Tall, Dark and Dangerous Series created my romance fantasy of the Navy. Prince Joe was my favorite.

But then my fantasy bubble was popped thanks to reality and I started reading other stuff. I read Black Hawk Down (and watched that movie a good half dozen times due to the ship’s cable service) and Black Tulip: A Novel of War in Afghanistan by Milt Bearden. Black Tulip is a good military book. I used to have the paperback copy until I gave it to one of my Navy co-workers. He enjoyed the book just as much as I did and had hopefully passed that book around to others. I do want to reread that book soon and have even been thinking of buying the kindle edition.

And now, I still do read some of Suzanne Brockmann‘s books, but the Navy books are not as often. In fact the last Tall Dark book was a Did-Not-Finish book.

I still talk and reminisce of my experience, but not as much. I still wish to visit Australia and other countries. I do wish to visit Europe. The closest I got was the London Airport for a few hours. And I have always cheered for the Navy Football team (along with Notre Dame and UCLA). Thanks to my Grandpa Tim, I knew that the Navy Mascot‘s name was Bill the Goat. 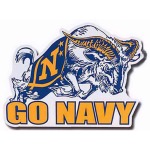 7 thoughts on “My Navy Days”