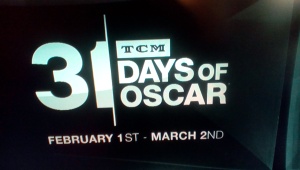 I’ve challenged myself to watch a movie every day from Turner Classic Movie channel’s 31 Days of Oscar. I’ll be focusing on the movies I haven’t watched yet, with maybe just a few movies I’ve already seen.

Here is my 30th day and movie of my challenge to TCM’s 31 Days of Oscar. 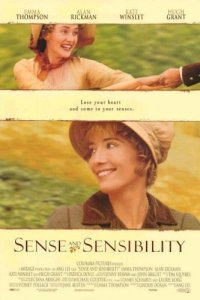 The 360° Game: starts off with Torpedo Run starring Robert Hardy, and he was in Since and Sensibility with Emma Tompson who was in the next film, The Remains of the Day.

And the Oscar goes to… Won Best Writing, Screenplay Based on Material Previously Produced or Published: Emma Thompson.

My Short Synopsis: The Dashwood sisters find love and friends in the 19th century.

A note before I start watching this. And why I chose this movie… Rewatch. And I’ve been rereading a Jane Austen book too. 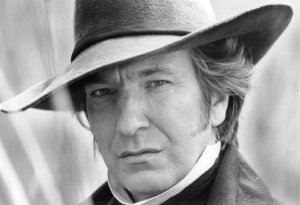 My Thoughts: When I first saw this when it was released I wasn’t too thrilled about Alan Rickman playing Colonel Brandon. I still had him pegged as the bad guys like Sheriff of Nottingham in the 1991 Robin Hood movie and Hans Guber in 1988 Die Hard. It wasn’t until his role as Professor Severus Snape in the Harry Potter movies that I liked Alan Rickman. So now after liking the guy, I’ve actually liked him as Brandon now. 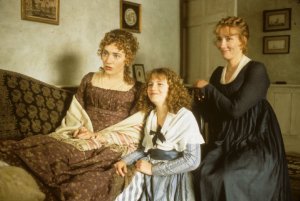 As for the movie now. Well my favorite is Marianne because of Kate Winslet. I really thought she should’ve won for Best Supporting Actress but oh well. I think that Emma Thompson did an astounding job at writing this screenplay. She really is a talented person. As for the cast, well I love every single one of them now. They all did a great job I thought. And I think this is my favorite Jane Austen adaptation now. Tops.

The Play by Play Thoughts…

A man’s promise do his dying father. 1500£ with 100£ a month down to 20£ a month or here and there. And this first impression of the of John and Fanny Dashwood. Fanny is a pretty rotten woman here isn’t she? 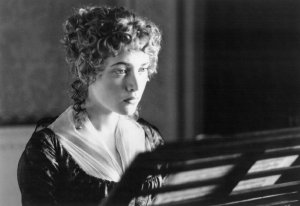 Marianne and her mournful piano playing. And the Dinner with their cousin John Dashwood. Kate Winslet at the piano, did she really play and sing these tunes? I don’t care, I still really liked these scenes.

Elinor Dashwood: “Marianne, can you play something else? Mamma has been weeping since breakfast.”
[Elinor exits; Marianne switches to a dirge]
Elinor: [from the other room] “I meant something LESS mournful, dearest.”

Edward Ferrars. Well the house and mood was quite depressing, Edward brought some joy and fun. Hugh Grant’s did pretty good at playing Edward. Hugh even brought in some of his own personality to the character I think.

Mother’s Assumption of Elinor and Edward’s love. And here is some more differences between Elinor and Marianne when it comes to feelings and using ones head when in love.

Elinor: “I do not attempt to deny that I think very highly of him, that I… greatly esteem him… I like him.”
Marianne: “”Esteem him?” “Like him?” Use those insipid words again and I shall leave the room this instant.” 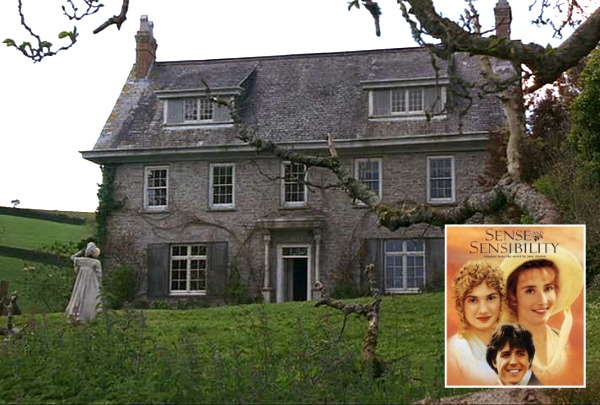 Sir John and the Cottage. Ah the talkative Middleton family. Pay attention now because in a flash Mrs. Jennings will have all the characters married off in no time. As for the cottage and scenery, I love it!

Mr. Palmer. Oh but let’s not forget Hugh Laurie as Charlotte’s husband. If you thought Hugh Laurie was a snob in the tv show House, well Mr. Palmer has the Doc beat.

And here’s Colonel Brandon. He’s late for the food but right on time to see Marianne play the piano and sing.

John Willoughby of Allenham. Oh what a charming rake. And what a classic rescue.

“Is there any felicity in the world superior to this?” – Marianne. 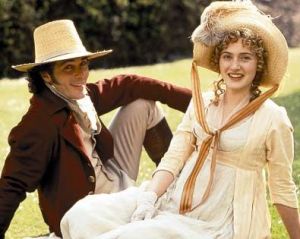 Miss Lucy Steele. Oh that poor fool of a girl. She really likes the Ferrars Family (Edward’s family). The very unusual departure of Colonel Brandon and how much Willoughby adores… this cottage.

“Frailty, thy name is Brandon.” – Willoughby. 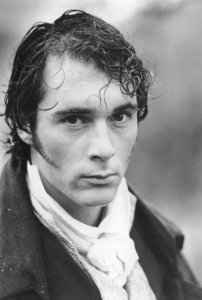 Willoughby’s departure. And 3 of 4 of the Dashwoods are in tears. I don’t blame them because that guy is handsome in this movie.

Matters of Miss Steele’s love. Now Miss Steele can ask Elinor her questions. About Edward. And all with prying ears and eyes of Mrs. Jennings and her daughter Charlotte.

Mrs. Jennings’s plans at London… to have the two Dashwood sisters and Miss Steele married off. And Colonel Brandon wanting to know about Marianne and Willoughby’s relationship.

“To your sister, I wish her all imaginable happiness. To Willoughby, that he may he endeavor… to deserve her.” – Colonel Brandon.

The Society Ball. Mr. Edward Ferrars turned up. But it was not the same Edward that Elinor has met. It’s the brother, Robert. And poor Marianne makes a fool of herself by shouting out Willoughby’s name from across the dance room. Very tragic stuff there.

Rumors, Misconceptions and Willoughby’s follies. Fanny Dashwood would much rather have Miss Lucy Steele than her husband’s half-sisters visit. And if we thought that poor Marianne was used cruelly, Colonel Brandon’s charge, Beth, is pregnant with Willoughby’s child. And trust Mrs. Jennings to stay ahead of all those rumors. It’s hilarious how they show her running from the shops to home to tell the Dashwood sisters all about those rumors. 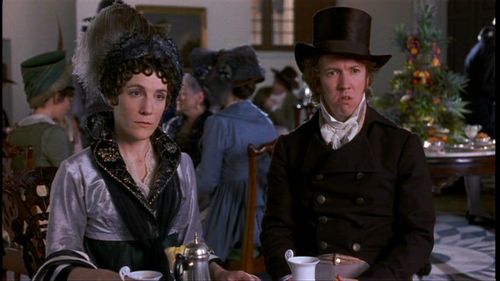 Miss Lucy Steele has enjoyed her stay with John and Fanny Dashwood. Well to each their own who like snobs. Oh and Lucy hasn’t seen Edward until the surprise at seeing him visit Elinor. What a shocking surprise for Lucy.

Fanny and her anger. If the grave responds as loud as Fanny did when finding out that Miss Steele is secretly engaged to her brother Edward, then I wonder as to what “silent” grave Fanny speaks of. Her response is hilarious!

Edward: “Your friendship has been the most important of my life.”
Elinor: “You will always have it.”

Marianne and her walks when it rains. It seems that Marianne wants to get caught in the rain and have one final look at one of Willoughby’s Estates. How tragic. 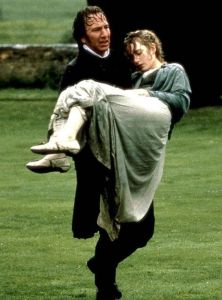 Elinor: “Poor Willoughby. He will always regret you.”
Marianne: “But does it follow that, had he chosen me, he would have been content? He would have had a wife he loved, but no money, and might soon have learned to rank the demands of his pocketbook far above the demands of his heart. If his present regrets are half as painful as mine, he will suffer enough.”
Elinor: “Do you compare your conduct with his?”
Marianne: “No, I compare it with what it ought to have been. I compare it with yours.” 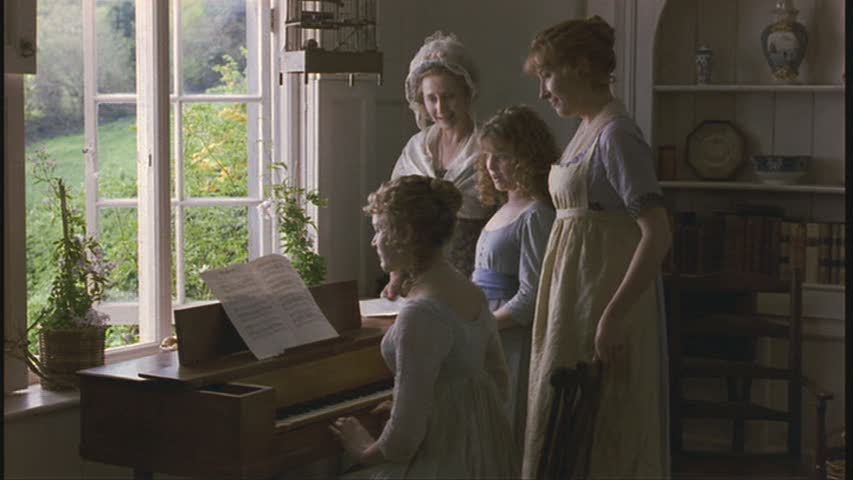 Miss Steele is married to a Mr. Ferrars. And Colonel Brandon is kind enough to give the Dashwoods a piano. Well looks like some people’s love story is starting to wrap up here.

Margaret: “He must like you very much.”
Marianne: “It is not just for me. It is for all of us.”

“It is Edward.” Mother’s advice is that they must be calm. Easy for her to say, especially after dear Elinor learns that Edward isn’t married. It seems that Lucy Steele wanted to marry the Ferrars that was wealthy. Hmm. I really liked Edward in this scene. I don’t know about Elinor’s crying/gasping/ laughing fit. But it was still a nice beginning for their relationship.

Edward Ferrars: “I-I’ve come here with no expectations, only to profess, now that I am at liberty to do so, that my heart is, and always will be, yours.”

And there’s this declaration of love. Or there’s the deleted scene with the true love kiss.

The Wedding. Really liked this scene and the way they ended the movie. And after rewatching this for the umpteenth time, I think I like Colonel Brandon in the end of this movie more than Willoughby. 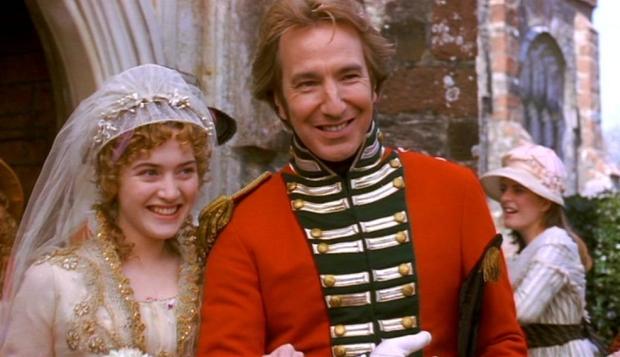 7 thoughts on “TCM 31 Days of Oscar – Sense and Sensibility”