A Book and Two Cups of Tea tagged me for this, sorry it’s taken so long to get to it.

Phase 1: Initial Attraction. A book that you bought because of the cover? 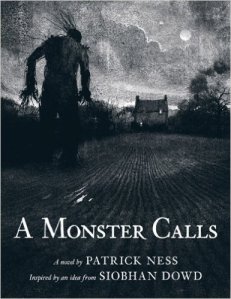 A Monster Calls by Patrick Ness.

I got the Candlewick; Reprint edition (September 27, 2011) Kindle edition back in September of 2015. I thought this would be the perfect October read. It turned out to be more than just a great October mood read. Loved the graphics and that’s why I bought this copy.

Phase 2: First Impressions. A book that you got because of the summary?

CAUTION: Don’t be duped (like I was) by these summaries.

The Next Best Thing (Gideon’s Cove #2) by Kristan Higgins

“Lucy Lang isn’t looking for fireworks…
She’s looking for a nice, decent man. Someone who’ll mow the lawn, flip chicken on the barbeque, teach their future children to play soccer. But most important… someone who won’t inspire the slightest stirring in her heart…or anywhere else. A young widow, Lucy can’t risk that kind of loss again. But sharing her life with a cat named Fat Mikey and the Black Widows at the family bakery isn’t enough either. So it’s goodbye to Ethan, her hot but entirely inappropriate “friend with privileges” and hello to a man she can marry.
Too bad Ethan Mirabelli isn’t going anywhere. As far as he’s concerned, what she needs might be right under her nose. But can he convince her that the next best thing can really be forever?”

The Truth!: The summary failed to mention that Ethan was her dead husband’s brother. Oh and that they’ve already been “Friends With Privileges” for about 2 years!!!

Fools Rush In by Kristan Higgins 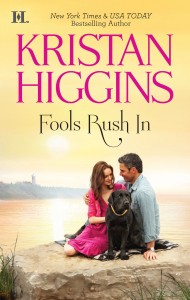 Millie Barnes is this close to finally achieving her perfect life…
Rewarding job as a local doctor on Cape Cod? Check. Cute cottage of her very own? Check. Adorable dog suitable for walks past attractive locals? Check! All she needs is for golden boy and former crush Joe Carpenter to notice her, and Millie will be set.
But perfection isn’t as easy as it looks especially when Sam Nickerson, a local policeman, is so distracting. He is definitely not part of her master plan. But maybe it’s time for Millie to start a new list…

The Truth!: Millie’s sister just recently divorced Sam. Her sister’s kid (and Sam’s too) is a teenager. And then there’s the annoying nickname of Sam calling Millie “Kiddo.” Not cute or likable in any way IMO. This was a Did-Not-Finish (DNF) book for me. 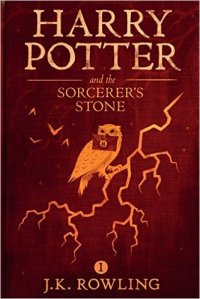 Ok. Maybe the Harry Potter series. But that’s only because I am currently reading those books right now.

Phase 4: First Date. A first book of a series which made you want to pick up the rest of the series? 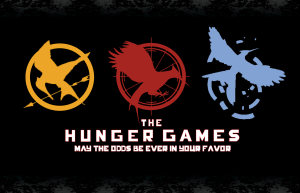 A tie between The Hunger Games by Suzanne Collins and Harry Potter and the Sorcerer’s Stone by J. K. Rowling.

I don’t do well with series. I’ll read the book, and then wait up months to until I finally get around to reading the other books. Really. I still haven’t even finished reading the Divergent series (and extras) or The Red Queen series (or extras), despite reading both the first book for them and giving them both 4 star ratings. It’s also taken me about 2 years now just to read 3 books from The Hitchhiker’s Guide to the Galaxy by Douglas Adams.

The Hungers Games series: I even re-read the books about a few months after just reading them!  And this was before I knew about the movies. I really liked this series.

Harry Potter series was the fastest reading time I’ve done so far in reading an entire book series. And I still love re-reading these books today.

So I also read all 5 books to The Musketeer series by Alexandre Dumas. That was well worth reading, but I didn’t finish those books nearly as fast as I did the The Hunger Games or Harry Potter books.

Phase 5: Late Night Phone Calls. A book that kept you up all night?

Some juicy romance novels have kept me up late at night, but the 7th Harry Potter book quite literally had me up all night. I didn’t fall asleep for a quick cat nap until 6 in the morning!

Phase 6: Always on my mind. A book you could not stop thinking about? 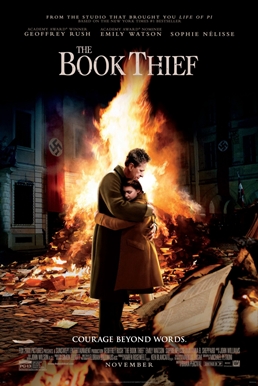 The Book Thief by Markus Zusak

I saw the movie twice before reading this last April of 2015. I really liked the movie. It was unique but also because the characters were so great I thought. And then I read the book, and I just didn’t want to let them go. I really loved this story.

Phase 7: Getting Physical. A book which you love the way it feels? 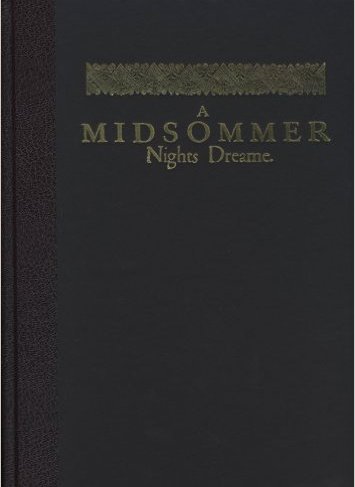 The way it feels? Hmm. I suppose that would mostly be those collector’s edition books. It just makes it feels more special.

My favorite is the First Folio copy of William Shakespeare’s A Midsummer Night’s Dream.

Phase 8: Meeting the parents. A book which you would recommend to your family and friends? 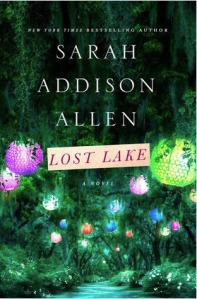 I have given these books as gifts to family members because I loved them and thought they would too: How to Survive a Horror Movie by Seth Grahame-Smith, Wonder by R. J. Palacio, Ready Player One by Ernest Cline, and Neverwhere by Neil Gaiman.

Here’s some more books that I would recommend (and haven’t been made to films yet) that I’d recommend: There’s No Place Like Here by Cecelia Ahern, Girl Before a Mirror by Liza Palmer, and Lost Lake by Sarah Addison Allen.

Phase 9: Thinking about the future. A book or series you know you will re-read many times in the future?

Well being that I’m currently reading the Harry Potter series by J. K. Rowling for the umpteenth time for a Read-Along I’m hosting, I’d say that this series would be the One.

6 thoughts on “The Book Courtship Tag”