This Wednesday weekly theme of mine is my way of giving a shout-out to all the things I’ve found interesting in the past week. 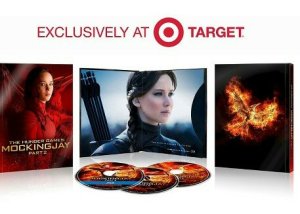 I went to the dollar store and Target to do some Easter gift shopping. I bought a lot of good stuff for a dollar and I’m not talking about the cheap ridiculous stuff. I found some Troll Dolls, kid’s cookbooks (granted they’re paper booklets) and my mom bought some Hacky Sacks for 2 bucks. 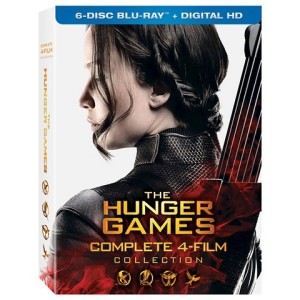 What I really was looking towards getting when my mom and I went to Target was the Mockingjay Part 2 movie. Target had the pick between the dvds or Blu-Rays of course, they also had the special collection of the 4 movies (dvd had 8 disks and the Blu-Ray has 6). Lets see, I already have the 2 disk dvd for the Hunger Games Movie. And I have just the one dvd for Catching Fire and Mockingjay Part 1. I think I’ll donate those single dvds and buy Catching Fire and Mocking Jay part 1 on blu-ray from Amazon because they’re on sale right now.

I love my new copy of The Mockingjay Part 2! Gramps and I are watching part 1 right now. We’ll probably watch Part 2 tomorrow and then I’ll review these two movies.

Speaking of Movies and Blu-Rays

Star Wars: The Force Awakens is available for pre-order on Amazon. The Blu-Ray is $19.99 and I’m so tempted to buy that now. It’s release date is April 5th (the movie streaming with the bonuses is available on April 1st). I loved the movie and am really tempted in pre-ordering this Blu-Ray!!!

That’s all Amazon is offering in describing what is all going to be on this disk. I really wish they told us more but this is Star Wars so I’ll forgive them. I would like to have some surprises when it comes to these movies.

TCM is airing the old 1940’s Silver Screen shows of the superheroes like Batman, Superman, The Phantom, The Atom Man, The Green Hornet, Flash Gordon, Ace Drummond, Dick Tracy and Buck Rogers. They’re calling tonight From Comics to Film. These are not the superheroes that we are familiar with now. In fact, Batman’s cave was called the Bat’s Cave in these old films. My Gramps would tell you that they did not have televisions back in the 1940s and that Superman was the most popular superhero on the Radio shows. He remembers a lot of the superheroes from the comic books and the Radio. At the beginning of Batman’s fist chapter “The Electricial Brain” it shows how it’s based on the Detective Comics and Batman radio series. Did you catch that? Detective Comics is DC comics.

And speaking of Aquariums… 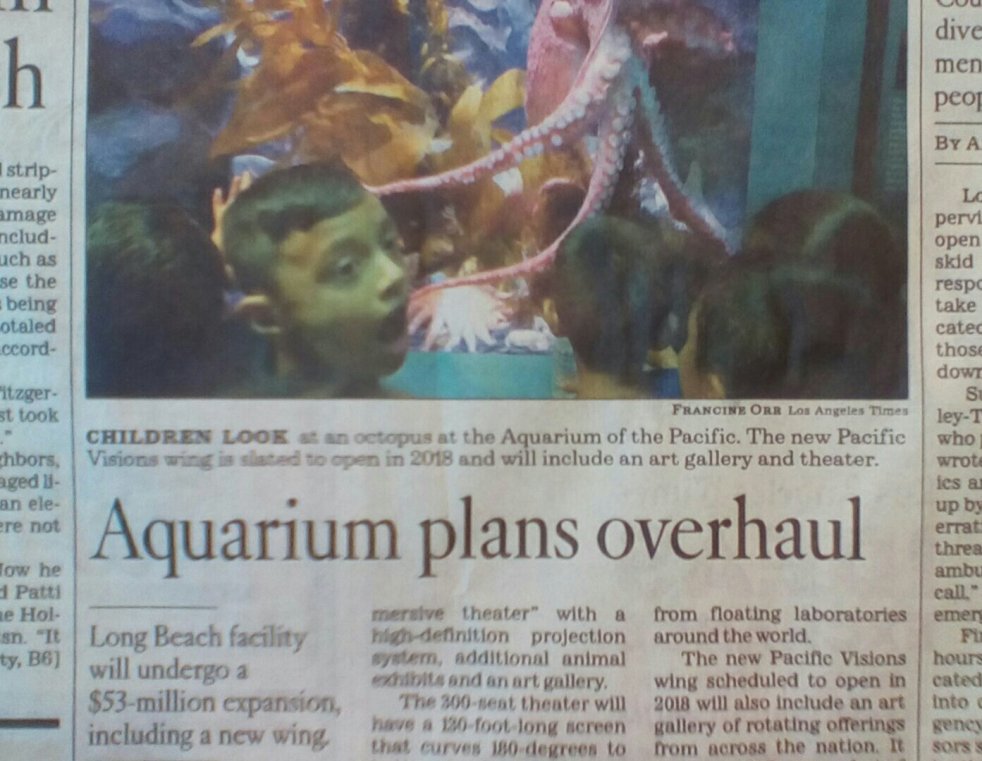 Today there’s a small article in the L.A. Times paper about Long Beach, California’s Aquarium of the Pacific. They plan to do a $53-million expansion by 2018: with a new wing, a theater, and an art gallery. Their calling it their new “Pacific Visions Wing.” I went to this aquarium last year with my sisters and their kids. My nieces and nephew love it! There is two sections where the kids can try to touch jelly fishes and sting rays. I like the fact that they’ve made these booklets with information about each of the sea life in the aquarium and they have these press stamps that you stamp into the booklet to show that you’ve seen those exhibits. There is already so many things for them to do there, so I’m curious what this expansion will bring.